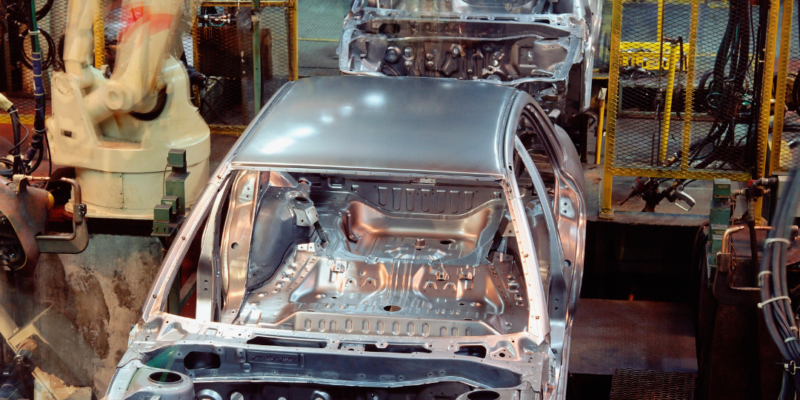 When it comes to automated assembly, there are some challenges that are worthy of noting.

According to Machine Design:

“Thanks to advancements in robotics, software and computer vision most stages of manufacturing today are highly automated—from the development of the most miniscule components to the distribution of the product itself. But what about the middle part, the part where the individual pieces are assembled into that final product before it goes in a box? Surprisingly, the level of automation in this middle part is much lower. For all of the advances in the industrial sector, why is this particular stage so behind the curve?

“In order to address this question, it’s important to look at all steps of the process from the perspective of a mechanical engineer.

From Metal Chips to Boxes

“Consider a drone or a smart speaker—two popular products that can provide some much-needed quarantine distraction. Devices like these are assembled of many individual component parts, the creation of which is almost fully automated. Molding, stamping, machining and additive are all made possible by fully integrated software systems that convert design intent through to instructions for making a part. Companies like Mazak and Amada have tooling centers that literally configure themselves for the job.

“Fast-forward through part assembly to product distribution. The casual thump of a box at your doorstep defines one end of a logistics chain that likely began at the shipping dock of a contract manufacturer. Like the assembly of the individual parts, the links in this supply chain are also fully automated, defined by hundreds of scans and sortations. In many warehouses, automated storage and retrieval system (ASRS) gantries that stand four stories tall move at 20 mph down narrow dark aisles.

“Once a product is boxed and labeled, it becomes a parcel, or a physical form that can be handled hundreds of times—by conveyor, sorter, pallet stacker or ASRS—in fully automated systems where the cost per physical operation is hundredths of a dollar. These parcel handling systems are some of the most automated systems on the planet today.

In Between Chips and Boxes

“After part creation but before product distribution—when it comes time to assemble the drone or speaker—is where decades of technological progress becomes harder to see. The level of automation is much lower and the scrap rate is higher. From an engineering perspective, this doesn’t make a lot of sense.

“What makes this step of simply putting two parts together over and over to build a product fundamentally different than the fabrication and distribution? And where are the integrated software tools for describing and modeling assembly operations at a similar level to tool-path optimization and parcel routing? Yes, we can route a robotic arm, but choreographing a complete assembly sequence takes many days.

“Let’s explore this by considering the physical operations:

1. Every assembly is a binary tree

“Boeing’s 787 Dreamliner drew attention earlier this year because the airframe was fabricated in large chunks in facilities all over the world, then flown to one place for final assembly. Each of these massive components and every previous assembly step of its 2.3 million parts happened the same way in this view: two parts at a time.

“From the most mundane consumer electronics to the 787, the assembly flowcharts can be flattened to a binary tree. Try to find an example of three things coming together truly concurrently. Adhesive is applied to one part before the mating part arrives, a board is aligned with a standoff before the first fastener arrives, a wire is routed by a sequence of point attachments and so on.

“This is notable because each part must be presented in turn. Simply having parts in the correct location and in the correct orientation is a huge part of the assembly automation project. Bowl feeders, tray feeders and dispensers can be 30 to 40% of the BOM cost of a line.

“The upstream realm of fabrication has no such challenges. Once a block of aluminum is loaded into a CNC vice the machinist may choose to indicate on the top surface or simply rough cut to establish a known datum. With sheet metal, the edges are found, and then the sequence of press operations begins.

“The degrees of freedom (DoF) of the metal stock are constrained by the machines—one DoF to set the tool height for the CNC and two DoF to set the sheet corner. The input material is located only once, at the beginning of the sequence of part transformation steps; on the other hand, in assembly, each part must be located in six DoF (to some tolerance) for each operation.

2. Every assembly sequence is over-constrained

“Try this: Hold your phone lengthwise in both hands, like a handlebar. Now release your left hand and hold it firmly in your right. Close your eyes, and keeping a firm grip, pass the phone back and forth, moving your hands far apart in between each pass. Give it a go. Did you notice how misaligned the phone is? This is because when both hands are on the phone, it is over-constrained. Your hand has some compliance, so hopefully you didn’t drop it.

“If we replace each of your hands with a ubiquitous two-jaw gripper, the issue is obvious. It’s very challenging to hand off a part from one gripper to another because of the time when each are gripped. To avoid such over-constraint, we can “float” one gripper with a controlled compliance or place the part on an intermediate fixture, such as a surface (three DoFs unconstrained: X,Y and theta-Z). Place the part down on the surface with the first gripper, but the part must shift as the next gripper engages it. We stay late adjusting TCPs and cameras to minimize that shift, but it is a kinematic fact of life; it goes into the tolerance stack and that part drifts from precisely where we need it to be.

“The ideal part handoff requires six degrees of constraint at a given time. This is possible only if a part is passed like a basketball from one set of constraints to the next. And we do not see many Jordan-style passes on the typical assembly line.

“Imagine the phone passes again, but instead use only a finger and thumb to hold the phone instead of a full hand. Much smoother, right? Back to the factory: Let’s consider inserting a single screw picked from a presenter, not a blow feeder. The vacuum chuck on the screwdriver must dangle the screw clumsily for a few fractions of an inch until it is free of the presenter and can align and properly seat on the bit. Then during screwing, it must misalign on the bit as the screw becomes coaxial with the threaded hole.

“How does this even work? The kinematically required radial compliance is provided by the force loop, all of the components that physically connect the bit through the driver, robot arm, frame and fixtures back around to the screw. If these were made of granite, screwing would require perfect radial and angular alignment and tightening would be impossible. This hidden compliance is often what makes an assembly a go. The more precise an assembly is, the more explicit the engineers need to be about them.

3. The nonlinear compliance of a fingertip is the undefeated best alignment jig

“The best way to align that screw remains a thumb and finger. Why, exactly? Human fingers, like animal foot pads, have some underappreciated mechanical properties that many automation engineers effectively spend their careers trying to replicate. The mechanical engineer’s way to describe “a sensitive fat pad over bone” is a nonlinear spring. As a fingertip is compressed, the stiffness is initially very low, but the slope increases rapidly.

“At first the stiffness is low enough to gently sense a dog’s nose, but within a few millimeters of compression, the stiffness is high enough to hang your entire bodyweight off a rock on that same finger. This is infinitely useful for manual assembly, where many workers need not look at the details of the task, relying on their fingertips to align screws, snaps and cables to sub-millimeter precision.

“Recent developments in soft grippers, tactile feedback and force sensing—when added to the traditional methods of pseudo-kinematic design and vision—are starting to close the gap here, but fingers remain the champions for constraining just the right DoF in just the right order to make one part from two. Looking upstream to part fabrication, the closest we come is a tool changer:a highly engineered interface enabled by ground steel that is not the part itself. Looking downstream, all of those parcels on conveyors are aligned many times, but even when packed onto a pallet or into a truck, the total tolerance of the compressible boxes is a large fraction of an inch—no fingers required, just close the doors on the truck a bit harder and all is fine.

The Power of Software to Close the Automation Gap

“To date, a framework for specifying order of constraints has not been exposed in a way that is useful for automation engineers. A software-powered simulation for assembly behavior can compensate for the gap in automation by exploring scenarios and building intuition in the safety of a high-fidelity digital twin. A source code for assembly might include descriptors for approach (and disassemble) paths, order of constraints and interface compliance.

“Despite software touching nearly every aspect of our lives, the manufacturing industry has been underserved by software for decades. Software has the power to unlock a level of automation that has never before been achieved in an industrial setting, creating fully autonomous factories and (finally) closing the automation gap between metal chips and boxes. Fortunately, technological advancements in the field are ushering in a new paradigm—software-defined manufacturing—which will fundamentally transform how products are made.”