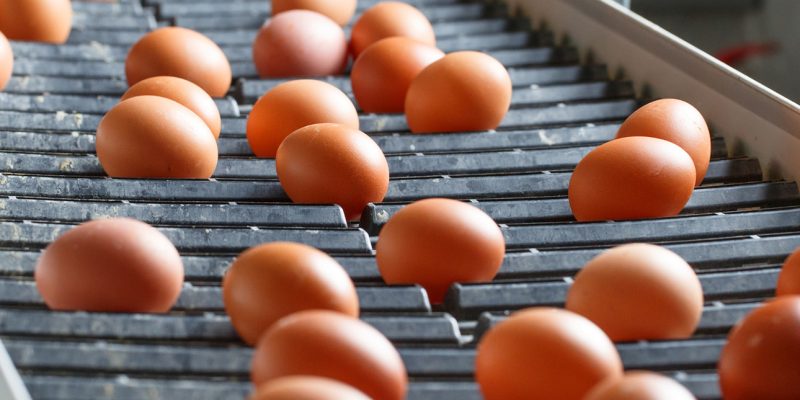 Researchers at Texas A&M have created a special coating to be applied to surfaces like conveyor belts, collection buckets, and more to reduce cross-contamination.

According to Texas A&M Today:

“Over the course of their journey from the open fields to the produce displays at grocery stores, fresh vegetables and fruits can sometimes become contaminated by microorganisms. These items can then spoil other produce, spreading the contamination further and increasing the number of food items that can cause illnesses.

“To prevent cross-contamination between fresh produce, researchers at Texas A&M University have created a coating that can be applied to food-contact surfaces like conveyor belts, rollers and collection buckets. In addition to being germicidal, the researchers have designed their coating to be extremely water-repellent. The researchers said without water, bacteria can’t stick or multiply on surfaces, thereby drastically curbing contamination from one piece of produce to another.

“’Consuming contaminated raw foods causes hundreds of people to get sick annually, and so food contamination is not only a huge health concern but is also a significant economic burden,’ said Mustafa Akbulut, associate professor in the Artie McFerrin Department of Chemical Engineering. ‘In our study, we show that our new dual-function coating — one that can both repel and kill bacteria — can greatly mitigate bacterial spread, averting cross-contamination.’

“The results of thestudy are in the February issue of the journal ACS Applied Materials & Interfaces.

“Foodborne illnesses can be caused by a whole swarm of pathogens that include multiple strains of viruses and bacteria. To remedy any infection after harvest, fresh produce is generally washed and then sanitized in powerful antimicrobials, like hydrogen peroxide or acetic acid.

“However, bacteria can still escape unscathed if they manage to hide in hard-to-reach places on the skins of fruits and vegetables. Also, if the number of bacteria is large enough, they can form protective sheaths, called biofilms, that further protect them from the action of sanitizers.

“Contaminated produce items can spread the pathogens either directly, by touching other food items, or indirectly, via food-contact surfaces. Currently, there are several ways to prevent indirect transmission ranging from antimicrobial surface coatings to antifouling polymer surfaces that act like springs to push bacteria away. But the researchers said these approaches, although efficient at first, can lose their effects over time for a variety of reasons.

“To overcome the obstacles posed by the current technologies, Akbulut and his team proceeded to create an antimicrobial surface coating that is also extremely hydrophobic. They noted the coating’s water-repelling property can help food-contact surfaces retain their germicidal action much longer.

“’Most bacteria can only survive in an aqueous environment,” said Akbulut. “If surfaces are superhydrophobic, then water, and along with it most of the bacteria will be repelled away. With fewer bacteria around, less germicides are used up, increasing the overall lifetime of the coating.’

“To make their dual-function coating, Akbulut and his team started with an aluminum sheet, a metal commonly used in the food industry for contact surfaces. Onto the surface of the metal, they chemically attached a thin layer of a compound called silica using high heat. Then, with this layer as a substrate, they added a mixture of silica and a naturally occurring germicidal protein found in tears and egg white called lysozyme.

“Together, the silica-aluminum layer bound to the silica-lysozyme layer made a coating that had a rough texture when viewed at microscopic scales. The researchers noted that this submicroscopic roughness, or the tiny bumps and crevices on the coating, is key to superhydrophobicity.

“’In general, if you increase roughness, the hydrophobicity of a material increases, but there is a limit,’ said Shuhao Liu, a graduate student in the College of Engineering and the primary author of the study. ‘If the coating is too rough, bacteria can once again hide behind crevices and contaminate. So, we tweaked the proportion of silica and lysozyme so that the roughness yielded the best possible hydrophobicity without compromising the coating’s overall function.’

“When their superhydrophobic, lysozyme-infused coating was fine-tuned and ready, the researchers tested if it was effective at curbing the growth of two strains of disease-causing bacteria, Salmonella typhimurium and Listeria innocua. Upon examination, they found that the number of bacteria on these surfaces was 99.99% lesser than that on bare surfaces.

“Despite the high efficacy of their coating in preventing bacterial spread, the researchers said that more investigation is needed to determine if the coating works equally well for mitigating viral cross-contamination. Although longer-lasting than other coatings, they noted that their coating too would need to be reapplied after a certain amount of use. Thus, as a next step, Akbulut and his team are working on developing more permanent, dual functionality coatings.

“’Our goal is to create smart surfaces that can avert any kind of pathogen from attaching and multiplying,’ Akbulut said. ‘In this regard, we have developed surface coatings that can prevent bacteria from collecting on surfaces, which is one of the major reasons for cross-contamination. We are now working with researchers in agriculture to take our invention from bench to practice.’

“This work is supported by the Food Manufacturing Technologies Program and the United States Department of Agriculture.”