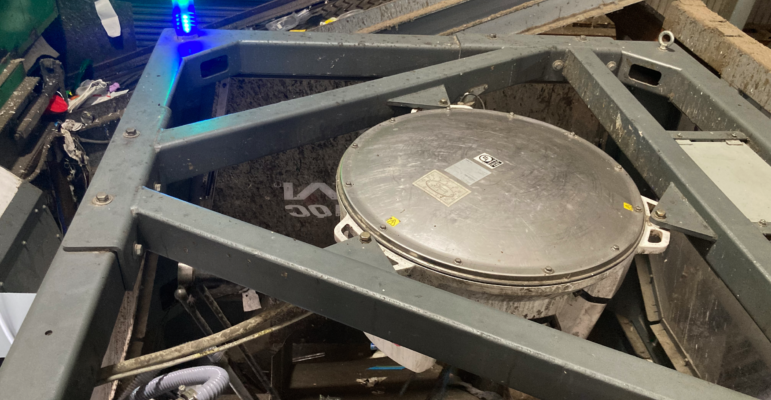 In recent years, the mills and foundries that receive recyclables from Recology have stopped accepting bales of material with more than 1% impurities, so the sorting facility at Pier 96 must work to a very high standard. Through a recent tour of the sorting center, “Civic” reported on what happens when things that cannot be recycled end up there, and what should be done about material that is difficult to recycle, like plastic bags.

Before 2019, bales of recycling in the United States often had up to 5% impurities. China was the biggest receiver in the world of bales of recycled materials at the time, but announced it would no longer accept foreign waste.

“When you lose your biggest customer, in any endeavor, it really changes the whole playing field. And what happened was, that shifted a lot of power to paper mills and foundries and other factories that are part of the supply chain,” said Robert Reed, public relations manager for Recology’s recycling and composting programs in San Francisco. “If cities don’t meet the 1% standard, for less than 1% impurities in finished bales, then the paper mills and the other factories that receive baled recyclables will no longer buy them.”

Recology is meeting that standard at its San Francisco facility, where it sorts 500 tons of material a day into 14 different recyclables. That takes work, key parts of which are still done by people even as the company has invested millions into machinery to help. At the initial sort deck, workers stood on either side of a conveyor belt that moves a mix of materials along at about two feet per second. They pulled out unexpected items like foam floor tiles, an entire bicycle wheel, and a pair of jeans that could wrap itself around sorting equipment down the line. Some items placed in the bins are dangerous, like a large, splintered piece of wood and a twisted piece of metal.